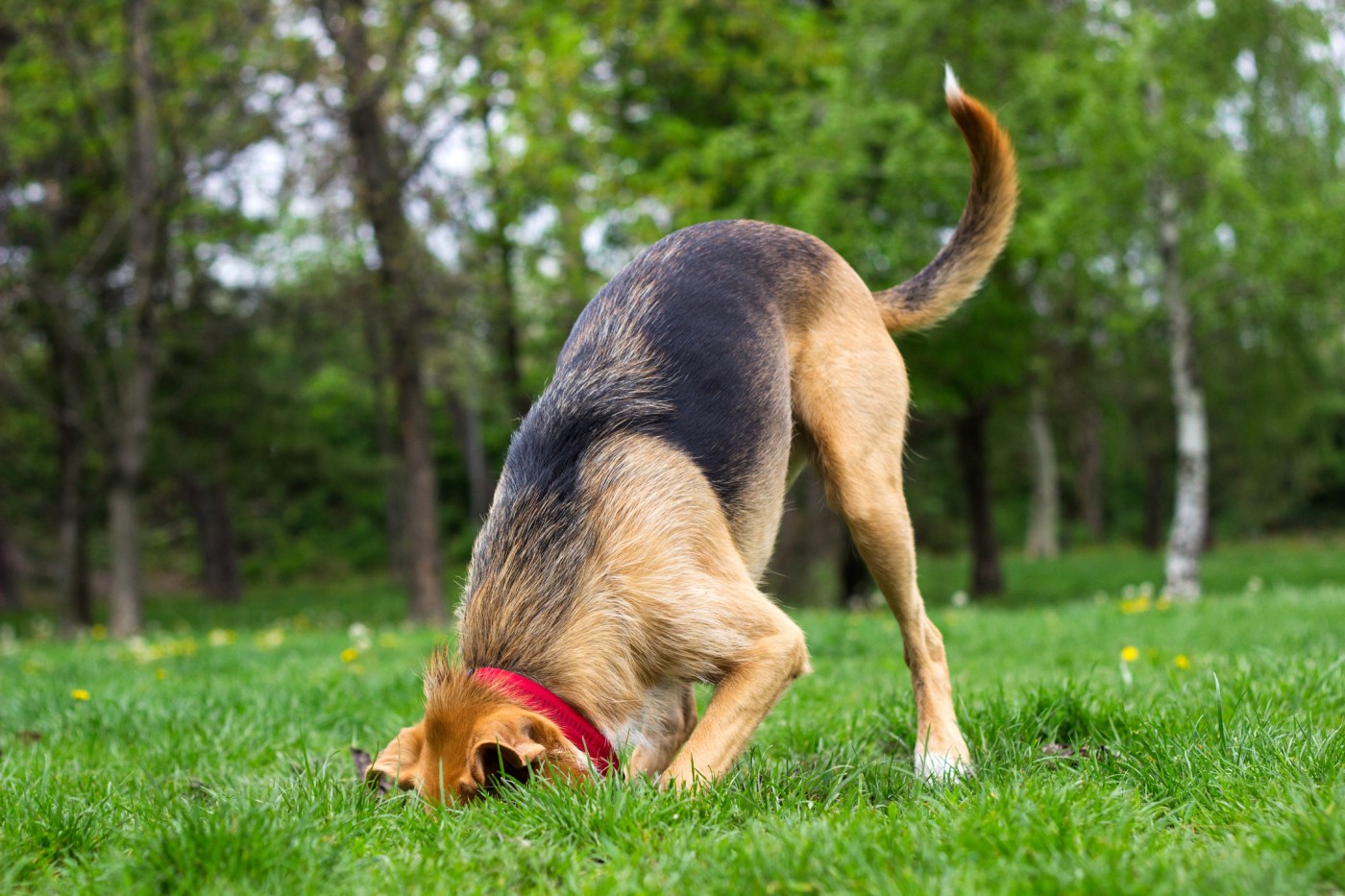 DEAR JOAN: Our dog, an 8-year-old mix of German shepherd, pit bull, rottweiler and many others, keeps digging in the garden. She seems to be eating dirt.

Why would she do this, and is there some way to prevent it?  My wife thinks she is going after termites.

DEAR DON: Whenever our pets start doing something odd, it’s always a good idea to consult a vet. Eating dirt could be a sign that she’s not getting the nutrition she needs, or she might be anemic, but a vet should be able to advise you.

Eating dirt is a common behavior in dogs. She might be smelling something tasty in the soil — those termites, for example — or she might have a compulsion known as pica. This is when a dog — or a human for that matter — eats non-food items. In dogs that eat only dirt and no other non-food item, it’s called geophagia.

The condition can be brought on because the dog is bored. To relieve the boredom she might have started digging, which led to dirt eating. There are risks to this behavior. The intestines can become impacted, she can injure her teeth and gums, and she can consume toxins and parasites in the soil.

To stop the behavior, you should distract her each time she starts to dig. You might have to take her out on a leash so you have more control of the situation. Increasing her play time could also help.

For more wildlife, garden and backyard topics, sign up for our new, free Flora+Fauna newsletter.

DEAR JOAN: We are puzzled over a bird behavior.

When we bicycle past the lower Crystal Springs Reservoir along Canada Road, we often see dozens, sometimes several hundred seagulls gathered in one or several groups on the surface.

We have seen the birds many times, usually in the early to mid-morning.

Any idea why they gather, and why this location?

DEAR STEVE: Everybody has to be somewhere, and it appears the gulls have taken a liking to this spot, probably because it offers a safe shelter and food is close by.

Gulls — and other birds — form flocks, especially at night, taking advantage of the safety that comes in numbers. The gulls that are higher in the pecking order will take their place in the center of the flock, where they are less likely to be picked off by wandering predators that go after the birds on the edges.

In the winter, birds that tend to flock together have an added advantage in that roosting within a flock provides more warmth than going it alone. Flocking birds also share important information about the location of food sources.

The gulls you are seeing are part of a community that spends much of the day together foraging for food and then spend the night together.

Although you’d expect gulls to hang out at sea or on the coast, they tend to go where the food is best, and for many gulls, that means coming inland to feed from garbage dumps and parking lot bins.

On the days that you see more gulls than normal, you should pay attention to them. Gulls are feathery barometers with an ability to sense weather changes. Four to five days before a significant storm is expected, coastal gulls will move inland to escape the worst of the weather.

Have a question for Joan?

Use this form to submit questions. Photos should be mailed separately to [email protected]