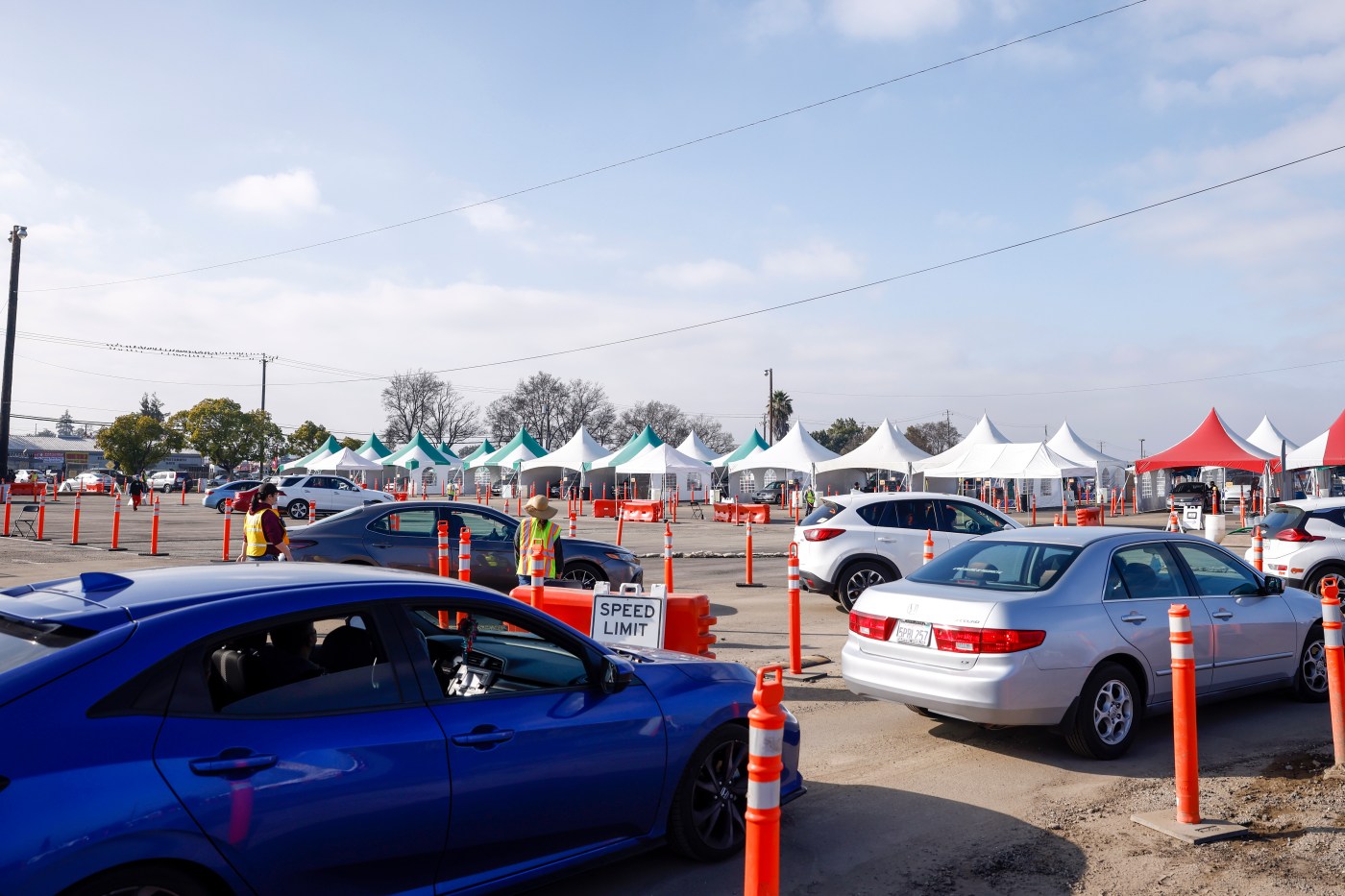 As omicron cases continue to spike across the region and testing sites in Santa Clara County become bombarded with requests, local leaders are now calling for at-home alternatives to get pushed out to residents to help tamper down the ever-increasing demand.

Simitian wants the county to quickly distribute at-home rapid tests to residents by Jan. 25, citing a strategy that officials in Colorado and Washington, D.C. have taken, as well as countries like the United Kingdom and Singapore. While he envisions the tests could be either delivered to residents directly or picked up at a distribution center, the sheer number that he says is required to meet the demand is in the “millions” — considering the fact that the county has almost two million residents.

“The easier we make it, the more likely it is to happen (that people take a test),” said Simitian, who will bring the plan before supervisors at Tuesday’s meeting. “If you want folks to do something, convenience is key. That is the advantage of at-home COVID testing.”

The county has already distributed at-home tests this month — but the scale is much lower than what is needed, said Simitian.

Right now, the county is in possession of about 90,000 at-home tests that were offered from the state, but they are being prioritized for those in high-risk settings, like skilled nursing facilities, jails and homeless shelters. There’s also an effort by the federal government to hand out 500 million at-home tests to everyone across the county — but the details of that plan are still being hammered out.

According to County Executive Dr. Jeff Smith, the county is trying to get its hands on more at-home tests — negotiations are currently underway and are expected to be finalized by Jan. 7, he said — but it’s been challenging between the high costs and competition from others who also want them.

While Smith is hoping to double the county’s capacity to 180,000 at-home tests within the next two to three weeks, it still wouldn’t be the model or numbers that Simitian is looking for.

“No matter how we do it,” said Smith, “there’s gonna have to be some priority setting process. There’s not going to be sufficient numbers to just pass them out.” He said that the tests themselves cost about $30 a pop — and that while the county is aiming to buy them in bulk and get a discount — just 180,000 tests could be a multi-million dollar expense.

“It gets to be pretty expensive pretty quickly,” said Smith.

There’s also the challenge that at-home kits pose when compared to PCR tests that the county offers at its public sites. The county hasn’t set up any sort of system for at-home test results to be reported — and PCR tests, considered the gold standard, are generally able to identify an infection much sooner.

But more at-home testing will be helpful no matter what, said Dr. Jennifer Tong, who oversees the county’s testing efforts.

“We certainly don’t object to the presence of rapid tests,” said Tong. “It does present challenges of tracking with data. But the alternative of saying ‘They shouldn’t be used’ is not reasonable right now. We’ll just have to live with the challenges of data.”

In addition to an at-home testing strategy, Simitian said two other actions must also be taken for demand to be met. For one, he said healthcare providers like Kaiser should also do its part to offer tests to its members. The healthcare giant — which serves 4.5 million members in Northern California — is currently warning those wanting a test that there may be delays.

“Unfortunately, there may be longer than usual wait times for testing at our facilities — even if you have an appointment,” Kaiser’s website reads. “We’re doing everything we can to meet this high and growing demand.” A spokesperson for Kaiser did not respond to a request for comment.

In addition to health care providers’ efforts, Simitian also called on the county itself to open up more availability at its public testing sites. As of Jan. 6, the county was offering PCR tests at its Fairgrounds site in San Jose and in San Martin — but availability was four to five days out at both spots. Staffing shortages have been the main reason for the delay, said Tong, who said the Fairgrounds site alone was conducting 5,000 tests a day. Prior to Omicron, the county was processing 1,500 a day.

This past Monday, Tong said she had hoped for 25 additional workers to supplement the already 75 that are working at the Fairgrounds — but only eight showed up after the others called in sick. This week, said Tong, the county switched the location where the tests are normally processed from Southern California to Texas after turnaround times started increasing.

“We would love to see it be higher,” said Tong about the capacity. “We are not satisfied either. We are just continuing to do what we can to increase it.”

When asked about the staffing issue, Simitian said that the problem is “resolvable” and that the county must push forward.

“The Fairgrounds have already tripled the number of tests they’re doing on a daily basis,” he said. “Good. But we have to keep going.”