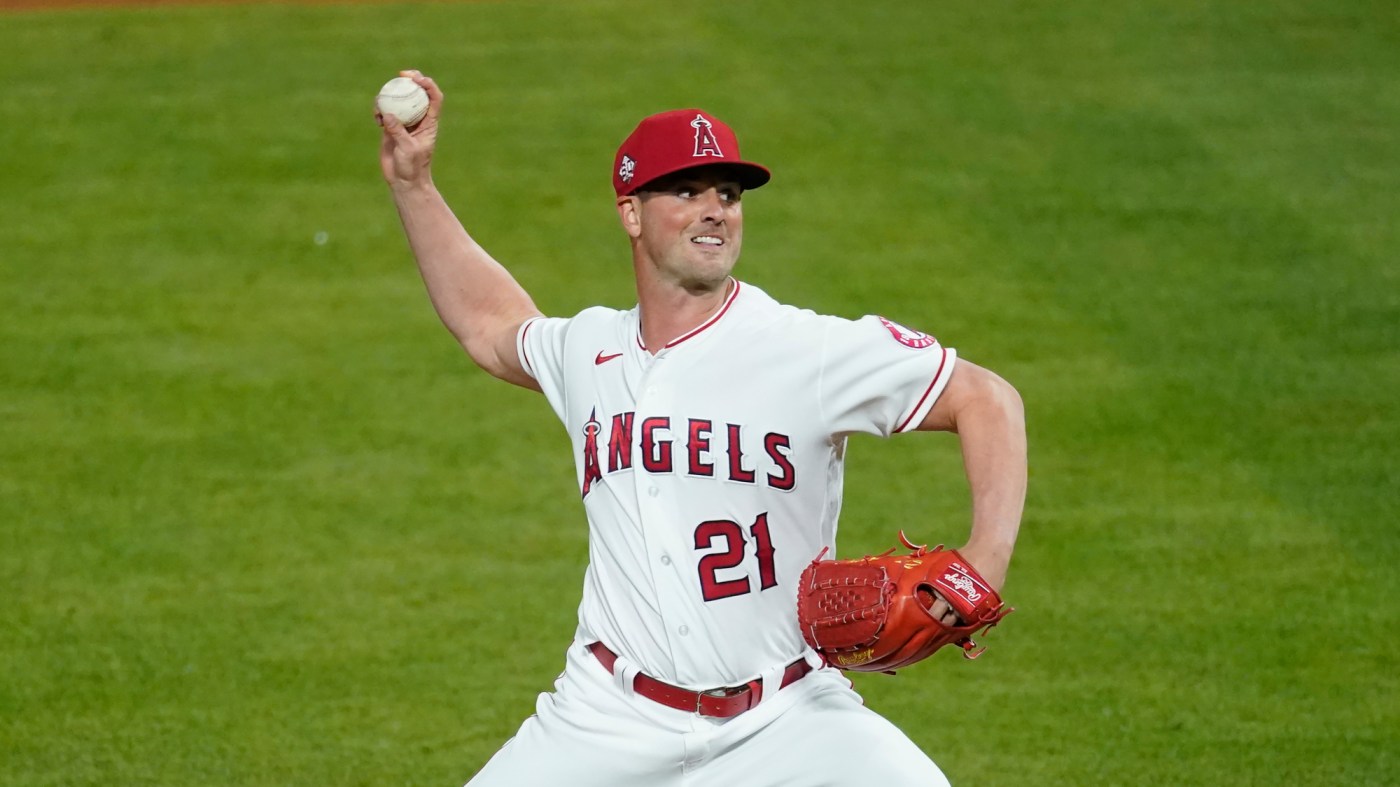 ANAHEIM — Mike Mayers might be on his way back.

c“He looked really good,” Manager Joe Maddon said. “More like himself, which is a really good sign for tomorrow and the future.”

“There’s times when you could just tell us something was awry,” Maddon said before Sunday’s game. “He and I talked and got together with the pitching coaches and looked at some things and it all made sense. So we’ll see how it all plays out.”

Maddon said they found something in Mayers’ mechanics that could have been contributing to his troubles.

“We’ve been digging a little bit,” Maddon said. “So we’ll see. You know, you always think you (found something). Then you’ve got to get the guy out there and see if it actually translates. But it was something legit. So we’ll see how it plays out.”

Maddon brought Mayers in a different role on Sunday just to give him a chance to see if the change had made a difference.

Entering with the Angels down by three runs in the seventh, he struck out Mitch Haniger. He then retired Ty France on a groundout and he struck out Kyle Seager in the eighth.

Maddon said that the use of Mayers in a game the Angels were losing did not necessarily mean he would return to his setup role.

“That has nothing to do with what’s going to happen tomorrow,” Maddon said.

The Angels have Dylan Bundy, Andrew Heaney and Griffin Canning scheduled to pitch the three games against the Kansas City Royals on Monday-Wednesday, which would have Shohei Ohtani in line to start after the off day, on Friday in Arizona. It would be Ohtani’s first start in a National League park. The Angels obviously have a bigger advantage when Ohtani pitches in an NL park, because they will have nine regular hitters while the opponent has only eight. …

With a home run, a double and a walk on Sunday, Justin Upton improved his OPS to .795. That’s the highest it’s been since April 22. Upton’s career OPS is .818, but he has not reached that in any of his seasons with the Angels.

Maddon said Chris Rodriguez was unavailable to pitch on Sunday because of the number of pitches he threw warming up on Saturday. Rodriguez did not pitch in any of the first four games since he was activated from the injured list.