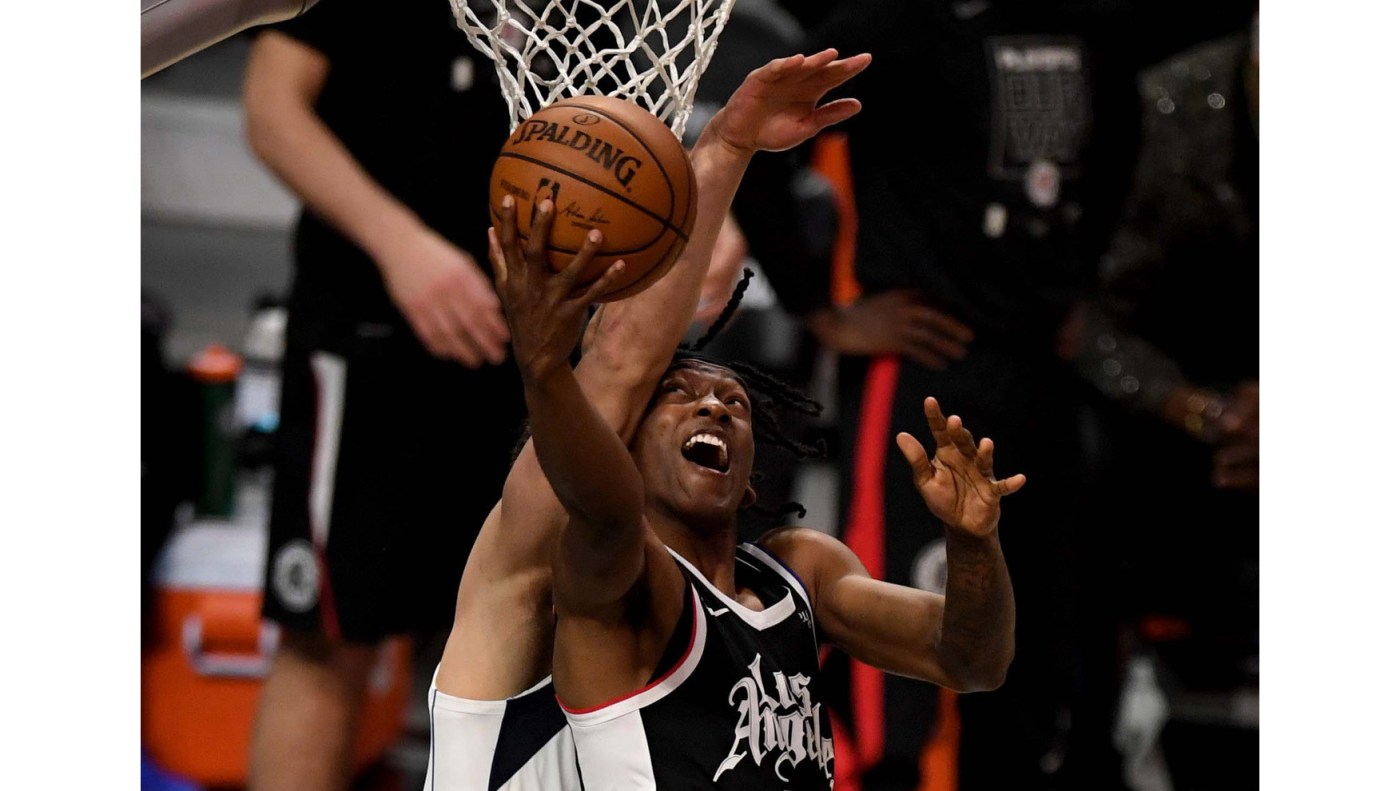 Terance Mann was last season’s Rookie of the Year, at least for the Agua Caliente Clippers.

Luke Kennard also did his time in the G-League, on the buses and in the hotels without room service. He was best known, unkindly, as the guy the Detroit Pistons drafted in 2017, one pick before Utah took Donovan Mitchell.

Their stories had changed significantly before the Clippers entered this first-round playoff series with the Dallas Mavericks. But if the Clippers had to go that deep, you figured they were in hot water.

On Sunday, Mann brought 13 points, five rebounds and opportunism. Kennard brought 11 points and three 3-pointers, showing the southpaw touch that used to bring fans off their tractors to watch him in Franklin, Ohio.

Mann left his fingerprints early and Kennard late, and they gave the Clippers a third wave that the Mavericks could not outnumber.

They were two of the many who turned Game 7 into a 126-111 party and a passage into the Western Conference semifinals, against Mitchell and the top-seeded Utah Jazz, starting Tuesday night in Salt Lake City.

How far do you have to go to get to the bottom of the Clippers, when they play like this? Well, there was a different Clipper leading his team in scoring in each quarter, from Kawhi Leonard to Paul George to Marcus Morris Sr. to Reggie Jackson, whose uninhibited 3-pointers dissuaded the Mavericks from coming back.

“But I want to talk about Cool Hand Luke,” Jackson said, referring to his rangy former teammate from Detroit.

Kennard was a surprise entry into Game 6 on Friday. Coach Ty Lue wanted another shooter on the floor.

“But he hit the floor and made some defensive plays,” Lue said. “He made some great shows (on pick and rolls) against (Luka) Doncic. I didn’t have any concerns about him once I saw that.”

Kennard hit a 3-pointer that capped a 21-2 run for the Clippers and put the game under the jurisdiction of Lawler’s Law (100-87). That came two possessions after he hit a corner 3-pointer after the Clippers swung the ball twice.

“I just had to keep the floor spaced and be ready to shoot when the opportunity came,” Kennard said. “Playing in Game 6 gave me a little momentum for today. I was able to keep it locked and loaded.”

Mann was a lesser surprise. Lue had made it clear that Mann would get Patrick Beverley’s former minutes. In this game he also got Rajon Rondo’s, playing 24 to Rondo’s nine. He came in for Morris, which made the Clippers smaller but better equipped to defend Doncic and the Mavericks’ 3-point crew. Dallas was 21 for 70 from deep space in Games 6-7.

“There are no liabilities when he comes on the floor,” George said.

Mann is a second-year player from Florida State who was the 48th pick in the 2019 draft but, after two seasons, ranks 23rd in NBA minutes played.

Every coach in every sport tells every player that minutes are there to be earned. Most players realize that’s a load of blarney, that contracts and accomplishments matter more. Lue wasn’t kidding, and in this game Mann hit three of his first four shots, keeping up with Dallas when Doncic was at his hottest, and wound up 5 for 10.

“We saw some things in this series that we can get better at,” Mann said. “On defense, we tried to get it out of Luka’s hands, and we stuck Kawhi on him as much as we could.”

Although Leonard was the main driver, with 28 points on 10-for-15 shooting and no turnovers, the Clippers did not overburden him. They had 30 assists and seven players in double figures, and they hit all 24 of their free-throw attempts.

They did everything Sunday that they didn’t do in Game 7 against Denver last year. That was when Mann was basically an observer in The Bubble, Kennard was still in Detroit, Jackson had just become a Clipper, Rondo was a Laker, Nic Batum was in Charlotte, and Lue was a Clippers’ assistant.

That team had a declining Lou Williams and a grieving Montrezl Harrell. This one has less scar tissue and more bounceability. From the moment they trailed 30-11 in Game 3, the Clippers outscored Dallas by 71 points.

“We said we’re not going down like this,” Batum said. “And after it was 2-2, we said there’s no way they can beat us twice.”

They also deprived the larger audience of the wonders of Doncic, who had 46 points and 14 assists.

“He did everything,” Leonard said. “You’ll see him for a lot of years.”

For at least a while you’ll see the Clippers, too. Don’t be surprised at which ones.