Twins with breast cancer – one in the US, the other the UK – compare vastly different experiences

The disease killed their great-grandmother and grandmother, and their mother suffered recurring bouts for nearly 30 years before finally succumbing to the illness.

The sisters share the same DNA – and the same genetic risk.

‘We have a spectacular family history. It felt almost inevitable,’ says Nora.

Nora discovered she had the disease in 2012, and then, in 2015, Nancy was diagnosed for a second time.

For a while they were undergoing treatment simultaneously.

Yet although they each would receive what they describe as ‘excellent’ care at highly regarded teaching hospitals, their experiences would dramatically diverge.

Both American by birth, Nancy lives between New York and Washington, while Nora’s home for almost 14 years has been London.

And so while Nora, a professor in epidemiology at University College London, received free care through the NHS, she could only watch as Nancy, a government adviser, had to balance gruelling treatment with negotiating mounting medical bills with her health insurance provider – which was branded ‘more stressful than the cancer itself’.

Both sisters, now 69, are in remission. But their story gives a fascinating insight into what it’s like to get cancer treatment in two remarkably different healthcare systems. 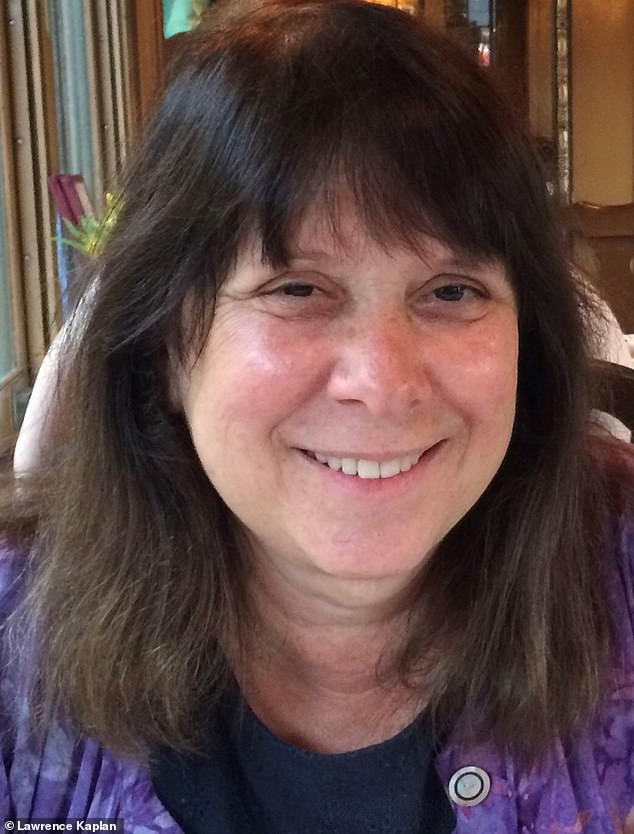 While Nora Groce (pictured), a professor in epidemiology at University College London, received free care through the NHS, she could only watch as Nancy, a government adviser, had to balance gruelling treatment with negotiating mounting medical bills with her health insurance provider – which was branded ‘more stressful than the cancer itself’

‘I was a single woman with no partner to help me,’ recalls Nancy. ‘Yet here I was alone, facing a life-threatening disease, and having to deal with bills from doctors, hospitals and labs.’

Nancy, like most Americans, has private health insurance, paying about £3,000 a year for ‘a very good’ package.

But in the end the plan didn’t cover all of her treatment.

At one point Nancy was ‘mistakenly’ handed a bill for $40,000 – roughly £30,000 – and although she ultimately didn’t have to pay this, she says that the stress it caused at the time was ‘traumatic’.

I have persistent hiccups: What’s wrong with me?

Everyone gets hiccups occasionally, and they usually disappear within a few minutes.

They can, however, last more than 48 hours.

Hiccups are commonly caused by irritation to the vagus nerve, which is responsible for various automatic functions such as breathing, heart rate and digestion.

This triggers the diaphragm to contract, causing a sudden intake of air that is stopped by the vocal cords closing, producing the characteristic hiccup sound.

More than 100 causes of persistent hiccups have been recorded.

These include kidney disorders, infections and certain medicines which may irritate the diaphragm or vagus nerve.

Meanwhile, Nora says the most she spent was on food from Marks & Spencer, brought in by her husband once when she didn’t fancy the hospital menu – a grand total of £6.95.

The NHS, of course, is not ‘free’ – instead it’s paid for via taxes.

Despite this, Nora, who has two grown up children, says: ‘A diagnosis of cancer is terrible, wherever you are, but Nancy had so much more to deal with. I only had to concentrate on getting better.’

When Nora came to the UK, in 2008, she enrolled at her local GP practice.

‘At my first appointment they asked, ‘Do you have any health concerns?’  she recalls.

‘I said, ‘Well, we have this history of breast cancer in the family,’ and I immediately got referred to a genetics clinic to assess my risk.

‘I was 55 at the time, so I was at the age where women get mammograms every three years.

‘But because of my history, I was told I’d have a mammogram each year, which I had at a hospital 15 minutes from my house, and I did that regularly for about four years.’

Nancy adds: ‘In the States we didn’t have this offered to us, since it wasn’t part of our insurance plans.’

It was at one such screening that Nora’s cancer was detected. She initially had surgery to remove the lump in her left breast, then further surgery to remove more tissue. Later it was decided she needed a double mastectomy.

She continues: ‘When they were wheeling me in for surgery, I had to sign some sort of consent form. That’s the only paperwork I ever got related to my cancer or anything else with the NHS.

Nancy, on the other hand, has faced enduring and stressful bureaucratic struggles.

In the States there is no NHS, and health insurance is typically provided as a benefit by employers, who pay a percentage of the monthly premium, deducting the rest from the employee’s pay.

Depending on the type of policy held, patients will be hit with further costs, to varying degrees. It is the responsibility of the patient to keep pace with whether treatments are fully or partly covered by insurance – or not covered at all.

Nancy describes it as a labyrinthine process: ‘I set up an Excel spreadsheet and kept meticulous records about when I was going in, for what, who I talked to, what they said and how much I’d pay.

‘I probably called my insurance company two dozen times to try to clarify what a charge was for or why they were only paying a certain percentage of my claim to the doctors.

‘One lab assumed I was uninsured and sent me a $40,000 bill. I had to spend weeks on the phone correcting that mistake.’

Often Nancy had to pay for services up front, then claim it back afterwards, leaving her constantly worried about whether she would be reimbursed.

She adds: ‘Because of limited sick leave, I worked throughout. There were days I’d go to a radiotherapy appointment early in the morning, and then I’d go and work an eight-hour day. 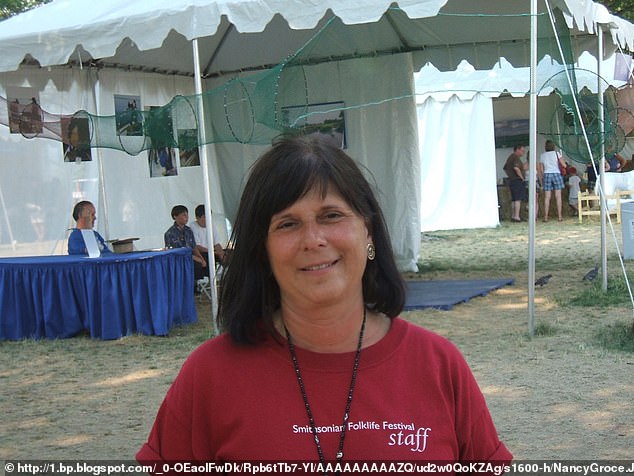 Nancy (pictured), like most Americans, has private health insurance, paying about £3,000 a year for ‘a very good’ package

‘I’d come home, open the mailbox, and there was yet another bill. Sometimes I’d just sit in my apartment and scream at the walls.’

Nancy believes the stress led to her developing high blood pressure – something she didn’t have a problem with before.

‘Stress was something that was ever-present throughout, not only the time I was being treated but for months afterwards when I was getting new bills or trying to resolve old ones. It wasn’t like I finished treatment and could go out and celebrate. I had to keep monitoring the situation.’

In the summer she had to have an MRI scan to check that her body was still clear of cancer.

‘Then they decided it wasn’t $6,000. And then they resubmitted it. It’s still going back and forth. Almost everybody I know has had run-ins with their insurance company – strange billings and paperwork.’

At present, the UK Government’s Health And Care Bill is making its way through Parliament, which could see a radical restructuring in the way NHS services are delivered.

Critics say the proposals borrow from American-style systems, and leave the door open for further integration of private healthcare businesses into the NHS.

Despite the growing hospital backlog triggered by Covid – there are 5.8 million people waiting to start hospital treatment in the UK and 300,000 who’ve been waiting more than a year for elective surgery – Nora and Nancy feel their story should serve as a warning against going too far down the road of privatisation.

Nora says: ‘There are undoubtedly many problems with the NHS, and the system is currently under severe strain.

‘Comparing our experiences, Nancy and I feel strongly that the NHS and universal health systems have much to commend them.’

In the US, 66.5 per cent of all bankruptcies were tied to medical issues – either because of high costs for care or time out of work. An estimated 530,000 families file for bankruptcy each year because of medical issues and bills, the recent research found.

Nancy adds: ‘When I was first diagnosed, a friend in Wales jokingly offered to marry me so that I could get treated in the UK. Of course I declined. But it just highlights the inequity of healthcare provision here in the US.’