NEW YORK — Americans finish voting on Tuesday in the midterm elections, with control of Congress at stake.

The elections are so called because they fall in the middle of the president’s term. President Joe Biden’s Democratic Party holds the leadership in both chambers, the House of Representatives and the Senate, by razor-thin margins. If the opposition Republican Party takes control of either chamber, Biden’s ability to push through his favored legislation will be greatly diminished.

The run-up to the elections has brought instances of potential intimidation or interference with voters and election officials in North Carolina and other states, Reuters reports. The alleged incidents involve grassroots poll observers, many recruited by Republican figures and activists embracing false conspiracy theories that the 2020 presidential election was marred by fraud.

Asian Americans are a fast-growing and increasingly influential bloc of voters, with the potential to swing the outcome of local congressional elections. The results of the midterms also will affect U.S. economic and foreign policy toward Asian countries.

Entries include material from wire services and other sources. Here are the latest developments:

7 p.m. Polls close in Georgia — where a crucial Senate seat is up for grabs — Florida, South Carolina, Vermont, Virginia and the rest of Indiana and Kentucky.

6 p.m. The first U.S. polls close in parts of the states of Kentucky and Indiana, where districts are expected to announce results soon.

4:30 p.m. Donald Trump, posting on his Truth Social platform, tells people to protest in Detroit, apparently referring to a software glitch that told some in-person voters that they had already requested an absentee ballot.

“The Absentee Ballot situation in Detroit is REALLY BAD. People are showing up to Vote to be told, ‘sorry, you have already voted,'” he writes. “Protest, Protest, Protest!”

3:45 p.m. Problems with dozens of electronic vote-counting machines in the battleground state of Arizona are sparking false claims of evidence of election fraud.

Maricopa County Recorder Stephen Richer told reporters early Tuesday that about 20% of the machines in the state’s most populous county were malfunctioning, and that technicians were being deployed to fix them. All votes will be counted, said Richer, who expected that election deniers would “exploit” the issue.

“Reports are coming in from Arizona that the Voting Machines are not properly working in predominately Republican/Conservative areas,” former President Donald Trump said in a statement. “Here we go again? The people will not stand for it!!”

Voters wait in line to cast their ballots in the midterm elections in Phoenix, Arizona.

Republican gubernatorial candidate Kari Lake, who has echoed Trump’s false claims of a stolen 2020 election, also seized on the machine problems, issuing a “voter alert” on her Twitter account.

Barricades have been erected around the county’s elections office in central Phoenix in anticipation of potential protests.

3:20 p.m. Asian Americans fear further violent attacks against them nationwide as candidates from both parties intensify their anti-China rhetoric.

Tim Ryan, the Ohio Democratic candidate for the Senate, has repeatedly attacked Beijing for job losses and rising prices in the U.S. In late September, he tweeted, “Bad trade deals have screwed Ohio. China is winning. Workers are losing.”

“We’re really not in a great place in Ohio in terms of this race,” said Jona Hilario, a member of the Asian American Midwest Progressives advocacy group.

Meanwhile, U.S. Rep. Michelle Park Steel — a California Republican and a Korean American — has labeled her Taiwanese American Democratic opponent Jay Chen as a communist and “China’s choice” in a heavily Vietnamese neighborhood.

10:40 a.m. Under pressure from a Republican lawsuit, Philadelphia officials decide to bring back a time-consuming vote-counting process meant to prevent double voting.

The decision will delay the vote count in one of the most hotly contested battleground states, where Democratic candidate Lt. Gov. John Fetterman and Republican rival Mehmet Oz are locked in a tight Senate race.

9:45 a.m. Officials are seeing no credible threats against U.S. voting machines or poll books during the elections, Reuters reports, citing a senior federal cybersecurity official. “We see no specific or credible threat to disrupt election infrastructure,” the official tells reporters during a scheduled briefing just as election day was beginning.

The official, who briefed journalists on condition of anonymity, says that did not mean there would be no hiccups. Officials in New Jersey’s Mercer County say there are “issues with voting machines” there and that poll workers are on hand to help voters, Reuters reports. Former U.S. President Donald Trump speaks at a rally to support Republican candidates ahead of the midterm elections in Ohio on Nov. 7.

10:50 p.m. Former President Donald Trump says he will make a “big announcement” next week, possibly teasing another presidential run on the eve of the midterms.

“I’m going to be making a very big announcement on Tuesday, Nov. 15, at Mar-a-Lago,” Trump tells a crowd in Ohio during a rally, AP reports. Explaining the wait, he adds, “We want nothing to detract from the importance of tomorrow.”

Trump has said in recent days that he would “very, very, very probably” run again. 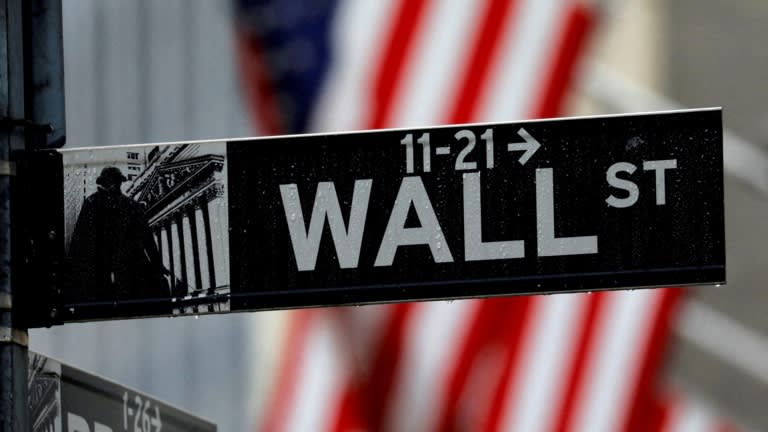 With Republicans favored take control of the House in the U.S. midterm elections, investors saw a greater chance of tax hikes not happening.

6:53 a.m. Russian businessman Yevgeny Prigozhin says he has interfered in U.S. elections and will continue doing so — “carefully, accurately, surgically and in our own way, as we know how to do” — the first such admission from someone implicated by Washington. His remarks come in response to a request for comment from a Russian news site.

Prigozhin, known as “Putin’s chef” because his catering company operates Kremlin contracts, has been formally accused of sponsoring Russia-based “troll farms” that seek to influence American politics. He has been hit by U.S., British and European Union sanctions.

Former President Donald Trump, at a rally in Miami, recycles many of his unfounded claims about 2020 election fraud and hints that he may announce another presidential bid soon.

Republicans have hammered Biden for high inflation and increased crime in the wake of the COVID-19 pandemic. Democrats face grim prospects despite fulfilling Biden’s promises to boost clean-energy incentives and rebuild crumbling roads and bridges. 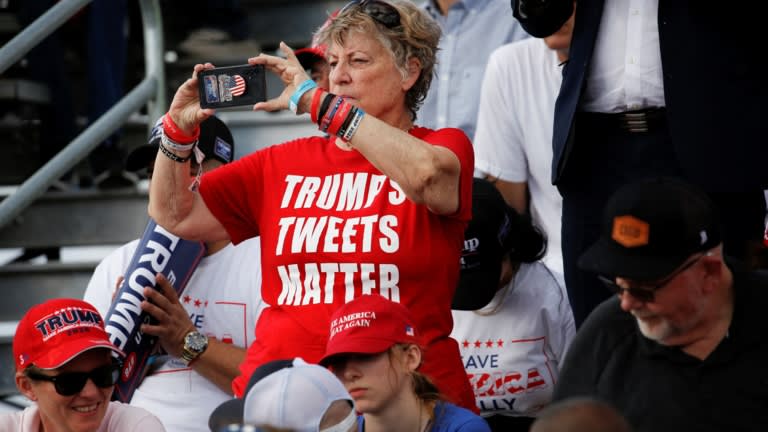 Supporters of former U.S. President Donald Trump wait for him to speak during a rally in Miami on Nov. 6.

5 p.m. Here’s some advice for anyone following the U.S. midterm elections on Tuesday: Be ready for a long night and maybe days of waiting before it’s clear whether Republicans or President Joe Biden’s Democrats will control Congress.

All 435 seats in the U.S. House of Representatives are up for grabs, as are 35 U.S. Senate seats and 36 governorships. Republicans need to pick up five seats for a House majority and just one to control the Senate. Nonpartisan election forecasters and polls suggest Republicans have a strong chance of winning the House, with control of the Senate likely to be closer fought.

4 p.m. The U.S. government has warned of possible attempts by Russia and China to undermine voter confidence and widen rifts in American society ahead of Tuesday’s midterm elections.

“What they attempt to do is create instability in our domestic environment and then show that back home — you know, ‘This is what democracy brings you: instability, riots, January 6th, race hatred,'” said Scott White, an associate professor at George Washington University with a specialty in cybersecurity.

4 p.m. Asian Americans have been the fastest-growing group of voters over the past two decades, and they will play an important role as Democrats and Republicans battle for control of Congress in the midterm elections.

“The general feeling is that we don’t fit nicely into either the Republican or the Democratic party,” said Angela Hsu, president of the Georgia Asian Pacific American Bar Association. “I think to a large degree, it’s very much swing votes.”

11 a.m. U.S. Democrats and Republicans appear more divided than ever, but the parties have recently found common ground on China.

Many congressional incumbents from both parties tout the CHIPS and Science Act, designed to help the U.S. compete with China in technology, as well as the strict chip export ban on China announced in October. The tech industry has mostly given up hope for a U-turn on U.S.-China relations, and now seeks government support that could mitigate the price it is paying for decoupling.

10 a.m. North Carolina officials have registered 14 instances of potential intimidation or interference with voters and election workers ahead of Tuesday’s elections, records provided to Reuters show. Those instances in which election workers have been targeted occurred during early voting.