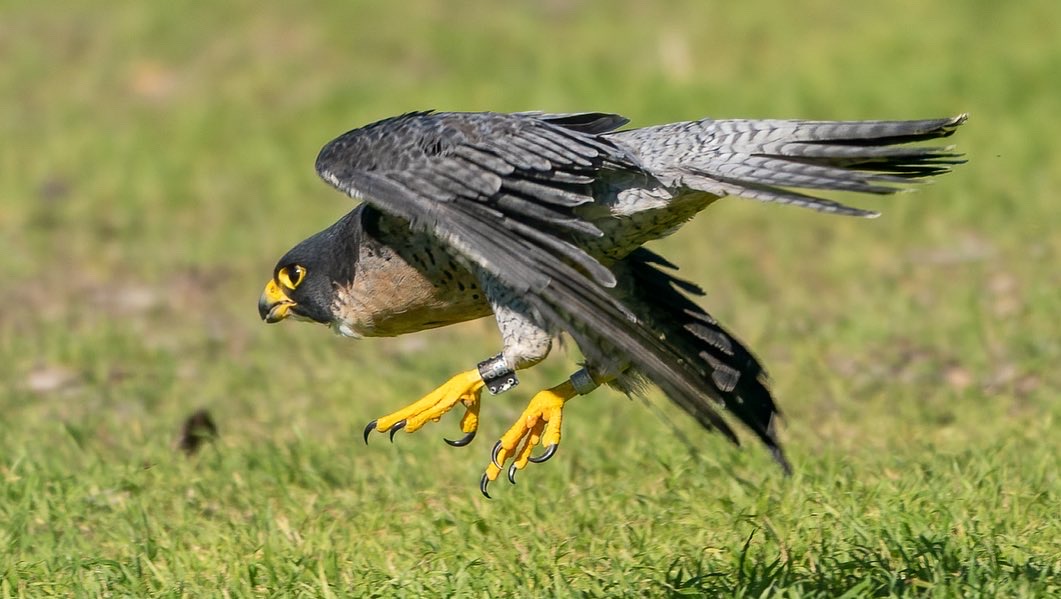 As great romances go, this might not be one for the ages. But for a pair of peregrine falcons roosting on the top of the Campanile at UC Berkeley, it’s pretty good.

Fans of the falcons — Annie and Grinnell — found lots to celebrate New Year’s Day, when cameras captured some serious courtship behaviors between the two, the first since Grinnell was injured, and Annie’s eyes started roving.

Annie and Grinnell first came to nest on the tower in 2016 and have since raised 13 chicks. Cameras and live video streams have kept the public informed of their movements ever since and, whether it’s healthy or not, people became invested in the pair.

Over the years, floaters — unpaired peregrine falcons looking for love and prime real estate — have visited the area and been rebuffed as Grinnell, sometimes assisted by Annie, defended the territory. But in late October, a couple of peregrine falcons appeared in the skies over UC Berkeley and engaged Grinnell in what is suspected to have been a fierce battle.

Grinnell later was found injured and was taken to Lindsay Wildlife Hospital in Walnut Creek, where he was given emergency care. He had suffered an injury to his wing and had broken off the tip of his beak. Grinnell was hospitalized for almost three weeks.

In the meantime, Annie was ignorant of Grinnell’s whereabouts and had perhaps considered him lost to her. The male falcon began putting some moves on Annie, who eventually warmed to the idea of taking a new mate.

Fortunately, Grinnell recovered enough to return to campus, and as it wasn’t yet mating season, the intruder was unable to make a serious match with Annie. Still, things were tense in the peregrine falcon world as campus observers and ornithologists kept track of all three birds’ movements — the mystery female had long given up on her potential paramour and had left the area.

Would Annie accept Grinnell back? Was he strong enough this time to fight off the new falcon and retain his territory? Would the intruder prove his dominance and claim the tower and Annie as his?

The usurper, apparently discovering that his coup d’état of the coop had failed, left the area a couple of weeks ago, but Annie still hadn’t signaled her complete acceptance of Grinnell as her once and forever mate. That all changed around daybreak on New Year’s Day. The pair had been seen flying together and enjoying multiple rendezvouses, but on that magical morning, they met atop the Campanile and exchanged loving behaviors, bowing to each other and cooing.

Annie also seems in a maternal mood. Although the couple usually begin their formal courtship and mating in mid January, Annie has been seen on camera making preparations for the nest, scratching at the gravel bed and wallowing to form a cup shape for future eggs.

Researchers are not ready to commit to the happy ending Annie and Team Grinnell are hoping for, saying it’s not a done deal quite yet. They’re waiting to see what happens in the next few weeks.