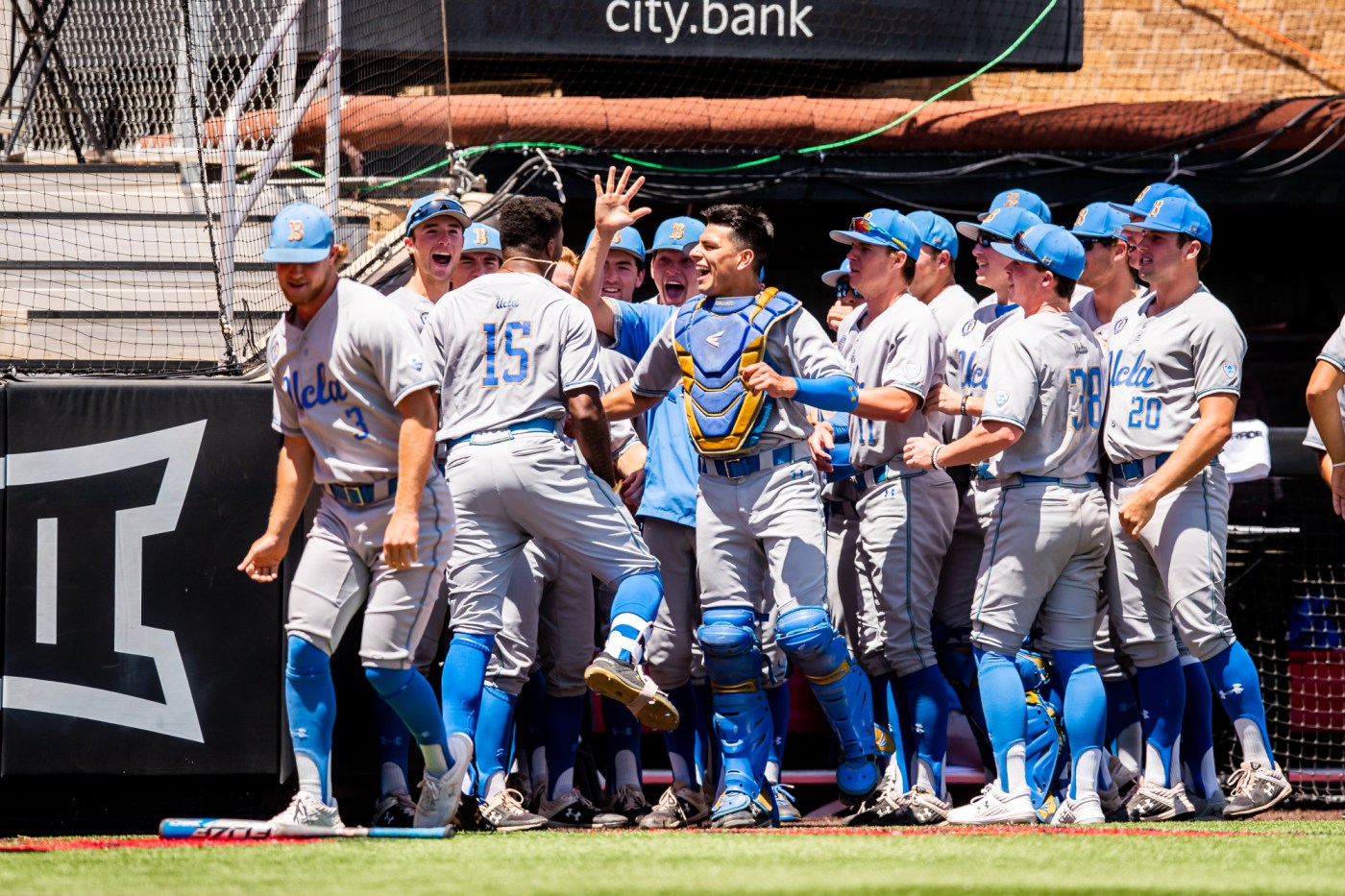 LUBBOCK, Texas – Safe to say that UCLA’s offense has settled into a postseason groove.

For the second game in a row, the Bruins’ bats came out clicking at the Lubbock Regional in an elimination game Sunday, and this performance puts them in position to keep chopping wood on an improbable comeback.

The Bruins (37-19) and Red Raiders (38-15) tangle later Sunday. UCLA, which lost to North Carolina in the regional opener, can force a winner-take-all game on Monday with a victory.

Much like Saturday in a must-win game against Army, the Bruins didn’t squander any time taking control Sunday in their second game vs. the Tar Heels (28-27) in three days.

Turned out that would’ve been plenty for starting pitcher Zach Pettway, who turned in UCLA’s best performance on the mound of the regional. In a contrast to his offense’s six-hit onslaught in the first, Pettway needed only eight pitches to hang a zero on the scoreboard in the frame and that set the tone for the rest of his day.

Staked to the five-run cushion before he threw his first pitch, Pettway was aggressive and precise for the most part in a complete-game performance – the Bruins’ first of the season. He set down nine of the first 11 UNC hitters, then steadied himself after a two-run hiccup in the fourth by mowing down the next 14 batters until pinch-hitter Clemente Inclan’s leadoff single in the bottom of the ninth.

Undaunted, Pettway got the next three hitters to complete his masterpiece, which included nine strikeouts and just one walk.

Meanwhile, the Bruins’ offense didn’t let up. Jon Jon Vaughns slammed a solo home run in the third and UCLA pushed the lead to 10-0 in the fourth with four more hits – the last three chasing home runs.

That was a constant theme the entire game as the Bruins collected 11 of their 17 hits with runners on base and were 9-for-22 with a man in scoring position.