Under fire in wake of Cuomo scandal, Time’s Up plans ‘reset’ 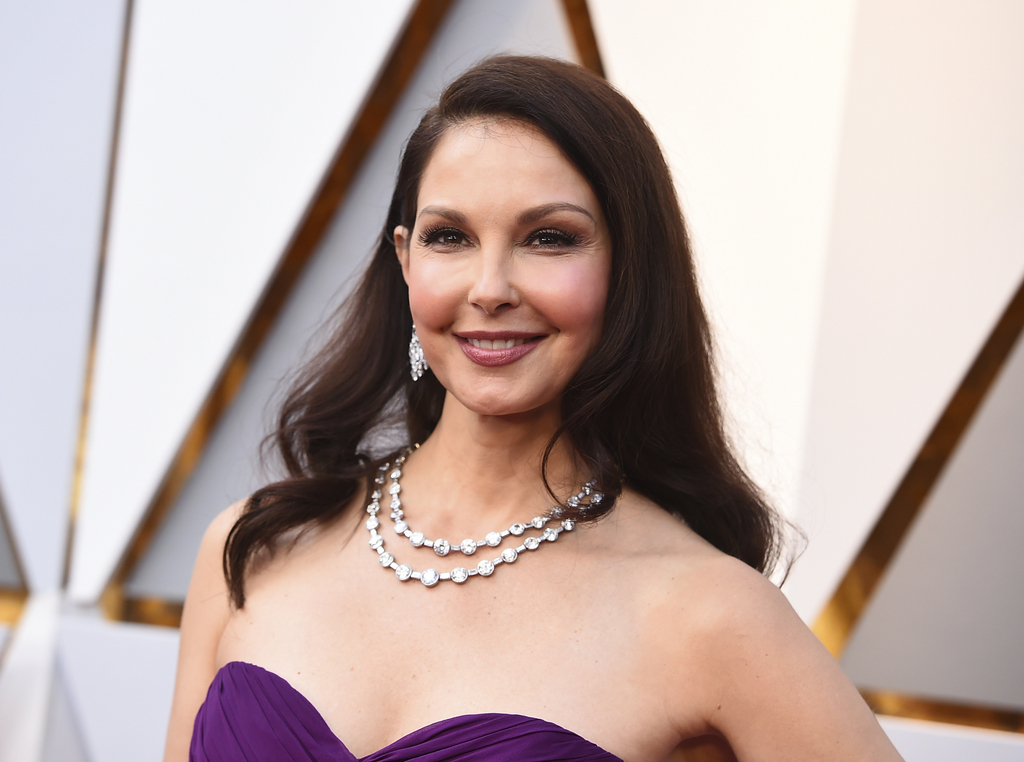 LOS ANGELES — Confusion over purpose and mission. Lack of focus on long-term goals. Ineffective communication internally and externally. Lack of accountability for top officials, especially the CEO. Too politically partisan, and too aligned with Hollywood.

These are just some of the issues raised in a report commissioned by Time’s Up and released Friday — in the name of transparency — as the advocacy group pledged a “major reset” including the termination of most of the staff. It comes three months after a damaging scandal forced the departure of chief executive Tina Tchen over revelations that the group’s leaders advised former New York Gov. Andrew Cuomo’s administration after he was first accused of sexual harassment last year.

“We’re going down to the studs,” said Ashley Judd, one of the group’s most visible members and a key early voice in the broader #MeToo movement, in an interview.

“We’re going to rebuild and reset and come back in a way that honors our mandate, incorporates the voices of our critics, learns from our findings … and holds ourselves accountable but also lives up to our potential.”

Judd and Monifa Bandele, the interim leader since September, spoke to The Associated Press ahead of the report’s release, which coincides with a major staff upheaval. Most of the staff of 25 people were informed Friday they were being laid off at the end of the year, with a skeleton crew of three remaining. Four board members will stay on, including Judd, as the organization decides its next steps and chooses leadership. Bandele is stepping down.

Both women insisted that Time’s Up remains crucially important as an advocacy group for women. Bandele, who says she made the decision herself not to seek – for now – the permanent CEO role she had wanted, noted that “Even the people who are the toughest, toughest critics said, ‘We still need Time’s Up. Time’s Up is going to play a critical role in our movement. …. I didn’t see any ‘Burn it all down.’”

And Judd offered an emotional defense of the organization, saying she feels “as energized and committed today” as she did when Time’s Up launched in the wake of allegations against Hollywood mogul Harvey Weinstein, whom she herself had accused of sexual harassment. “The need for fair, safe, dignified workplaces for women of all kinds is still urgent.”

In explaining the group’s relevance, Judd told the anecdote of how a visiting producer on a movie she was doing came up to her and referred to a film they’d worked on years earlier. “I should have had you when I had the chance,” he declared, she said, in front of the entire crew and his wife. Judd did not identify the producer.

Judd said she knew she’d been harassed, and looked to the home page of SAG, the Screen Actors Guild, for help. “There was no help for me. And today, because of Time’s Up, on my union membership card there’s a sexual harassment hotline.”

“All of our norms have changed,” Judd added. “No more meetings in hotel rooms. No more meetings before and after standard work hours. Intimacy coordinators on set, and you can take a buddy with you to auditions for safety. Those are tremendous strides in our industry.”

Time’s Up was formed close to four years ago by a group of high-profile Hollywood women — producers, agents, movie stars — eager to build on the momentum from the Weinstein scandal and fight sexual harassment in their own industry and beyond.

The group pledged to be a voice for women from all walks of life, but it has been plagued by criticism — from outside, and also from within — that it was too aligned with Hollywood and less attentive to the needs of others. When Bandele took over interim leadership, she pledged the group would ask itself: “What are our conflicts of interests, what are our guardrails?”

The release of the report, written by independent consultant Leilani M. Brown and first reported by The Washington Post, forms the first phase of the group’s reset; the next phase, Bandele said, is strategic planning, and a final phase will be implementation. The report was compiled over a period of two months; Some 200 people, including current and former staffers and stakeholders, were contacted and 85 agreed to interviews.

“This is a needed reset, not a retreat,” said board chair Gabrielle Sulzberger, in a statement. “It is incumbent on us to learn from these findings, and focus on building an organization that powerfully serves women of all kinds and ends the impunity of sexual harassment and assault in the workplace.”

Already, Bandele said, the report “has been successful in that we have really demonstrated transparency and openness in a way that’s vulnerable. And so it feels good. At the same time, it’s bittersweet.”

—There was internal confusion about purpose and mission, which was “largely undefined for some time.” Partly this was because the organization developed too fast, the report said, ramping up ‘like a jet plane to a rocket ship’ overnight.”

—Leaders were seen as often chasing short-term goals rather than a longer-term strategic vision.

—Communication was “inconsistent and fragmented.” Some members were frustrated to hear of the allegations involving the Cuomo case from the media and not from Time’s Up itself. ( Tchen’s Aug. 26 resignation followed the earlier departure of the organization’s chair, Roberta Kaplan. Both women had angered Time’s Up supporters with the idea they’d offered any help to Cuomo, and that Tchen initially discouraged other Time’s Up leaders from commenting publicly on allegations by one of his accusers, Lindsey Boylan. Cuomo resigned on Aug. 10 amid a barrage of harassment allegations.)

—The group appeared politically partisan. The report cited members who felt Time’s Up was damaged by leaders’ ties to the Democratic Party (Tchen was once Michelle Obama’s chief of staff). The organization was accused by some of not supporting Tara Reade, who accused now-President Joe Biden of assaulting her in the 1990s — an allegation he has vehemently denied. And the Cuomo ties led to criticism that the group’s dealings with the governor smacked of political favoritism.

Bandele said in the interview that the Cuomo episode might have landed differently if the group’s structure were more sound. “The Cuomo crisis was key in where we are now,” Bandele said. “But if the inside structure … was stronger, if the communications and the transparency in the processes were stronger, something like what happened with Cuomo would be (less) likely to happen. Even if it did, “it wouldn’t have the same detrimental effect on how people view the organization because we’d have much greater trust within the community.”

The question now is how the group will rebuild that trust.

“All organizations make mistakes,” Bandele argued. “So we’ll make mistakes, too. But it’s not a nail in the coffin … this is not the end of us. The thing is that we have to build back stronger.”

The group did not provide a timeline for its next steps. Judd said it would be worth the wait.

“What we are going to manifest is an organization that has singleness of purpose and will be inclusive, and amplify the voices of women of all kinds,” she said. “We’re very excited to be able to share it with the world.”

As for herself, she said, “I’m still here because I know the urgency of how much society needs Time’s Up. The mandate is bigger and more important than the mistakes we made. And we will persevere and be of service.”