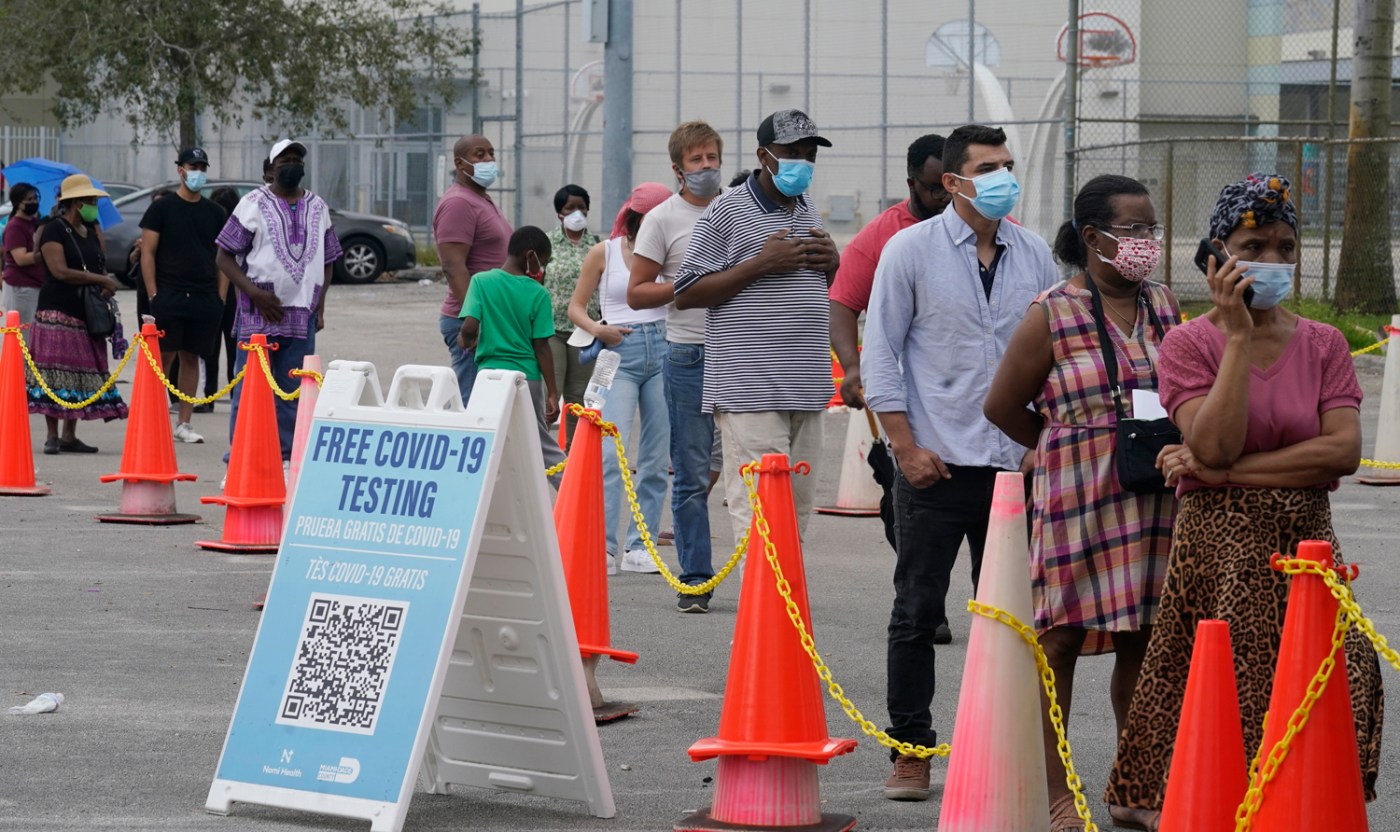 (CNN) — Amid a winter surge of coronavirus cases that sparked a nationwide scramble for tests last month, as many as 1 million unused COVID-19 rapid test kits expired in a Florida warehouse, a top state official said on Thursday.

For weeks, Floridians have waited for hours to get tested, with reports of long lines first emerging in mid-December, as the fast-spreading Omicron variant appeared in the state.

The kits reportedly had not been distributed to clinics and providers because of a lack of demand in the fall. It is not clear if Florida could have distributed its surplus supply to other states where the tests were in greater demand. The Florida Department of Emergency Management did not immediately respond to CNN when asked if the state had considered sharing the tests before they expired. The US Department of Health and Human Services didn’t say if there was a national protocol for redistributing unused tests.

State Agriculture Commissioner Nikki Fried, a Democratic candidate for governor in Florida, publicly said last week that the state had a stock of expiring testing kits that it hadn’t distributed. In a statement, she implored Gov. Ron DeSantis to give local testing sites the supply to alleviate the long lines.

A Florida Department of Health official mocked Fried’s assertions on Twitter at the time. “It’s come to my attention that (Nikki Fried) needs to turn on that blinker and get back in her lane,” Jeremy Redfern wrote on December 30.

When asked about Fried’s allegation at Thursday’s news conference in West Palm Beach, DeSantis said, “Kevin can talk about what they have at DEM,” and turned the microphone over to Guthrie, who confirmed 800,000 to 1 million tests had expired.

COVID-19 cases and hospitalizations have risen sharply in recent weeks in Florida. The state is averaging 37,563 new cases a day over the past week, according to Johns Hopkins University. This week, a new report from public health experts at the University of Florida predicted the latest outbreak will cause many more infections than past waves, “potentially infecting most of the state’s population.” While infections may be less severe, the volume of cases could still make this the second deadliest wave of the pandemic, the models suggested.

DeSantis has downplayed the need to make COVID-19 tests more widely available to the general public, calling it “not a good use of resources.”

To ease some of the testing pressure in Florida, DeSantis announced on Thursday that his administration will distribute 1 million at-home COVID-19 tests to assisted living facilities and other elder care providers as part of his “Seniors First” strategy to the pandemic.

The at-home tests will be sent to providers over the weekend, Guthrie said.

Biden has vowed to make available 500 million tests to Americans for free, though White House press secretary Jen Psaki said this week that the administration is still finalizing the contracts. DeSantis criticized Biden for not acting more quickly and suggested the administration may be struggling to fulfill its promise.

“I don’t know if there’s any prospect of the federal government following through,” he said.

During Thursday’s White House press briefing, Psaki brushed off DeSantis’ comments as coming from “somebody who has…not exactly (been) advocating for people in his state to be vaccinated.”

“If (DeSantis) wants to be a constructive part of this process then perhaps he should encourage what scientists say is the best way to save lives, prevent and reduce hospitalization, and that is getting vaccinated and getting boosted,” Psaki said.

On Thursday, Florida Surgeon General Joseph Ladapo released new guidance for testing that discouraged people without symptoms from getting tested, even if they reported a recent exposure. The goal, DeSantis said, is to make sure that people at highest risk for hospitalization or death from COVID-19 have access to tests.