What makes Lionel Messi the ‘GOAT’? The science behind the soccer phenom

Lionel Messi achieved his ultimate dream of winning the World Cup for Argentina and solidified his status as the world’s greatest-ever soccer player.

The six-time Ballon d’Or winner found the back of the net twice during his nation’s triumph over France on Sunday – and made a crucial penalty in a tense extra-time shoot-out.

It means he now has one trophy in his cabinet that his long-standing rival Cristiano Ronaldo has not.

Doctors have said he is built to be a soccer great, as his low center of gravity, quick feet, compact physique and explosive speed mean he is built to succeed on the field.

He is a notoriously private player, but he is known to follow a high-fat Mediterranean diet, which studies show can extend a person’s life, give them more energy and boost lung and heart health.

Argentine phenom Lionel Messi’s short stature gives him natural advantages on the field, including a lower center of gravity – leading to better balance and agility. It also gives him a unique ability to keep the ball at his feet while at full speed on the field. Messi also totally changed his diet in 2014, dropping fizzy drinks and sugary snacks for herbal tea and a healthy Mediterranean diet

Stunted growth led to top speeds on the pitch

Some might view being one of the shortest man on the pitch as a negative, but it has given the striker a huge advantage in terms of pace.

Messi’s 5’7′ stature means his center of gravity is lower than that of the average player. The average English Premier League player was 6’0′ in 2017, for comparison.

At just 11 years old, Messi was diagnosed with a growth hormone disorder, or GHD.

The condition is caused by insufficient amounts of growth hormone in the body, leading to stunted growth.

He had to be injected with expensive growth hormones in his leg every night at the age of 12.

At 13, FC Barcelona offered Messi a spot on their team and sponsored his medical treatment, which helped him grow to his height as an adult.

Shorter people will naturally have a lower center of gravity than their taller peers.

A lower center of gravity – the balance point between your upper and lower body weight – gives a person better balance and stability while running.

This is because a person’s weight is concentrated lower on their body, allowing them to quickly balance using their feet. This is the same reason why buildings and structures are built with more weight at the bottom.

It explains why Messi has such great contact balance, as the Argentinian maestro has a famous ability to shed tackles from bigger, stronger, players. 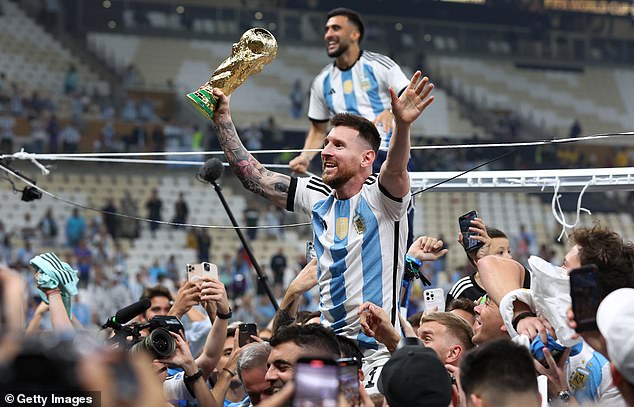 His great balance allows him to take the hit, maintain his footing and continue dribbling in moments where lesser players would take a tumble.

With better balance comes better agility as well, as Messi has more control over his body movements than the average person.

This combination of balance and agility to allows him to put on dazzling displays on the field – weaving through defenders, throwing them off of himself and leaving his opponents puzzled by his movement.

He also has exemplary speed. In his prime, Messi could reach speeds of over 20mph, making him one of the 15 fastest soccer players in recorded history.

Shorter players naturally have smaller strides than taller people but benefit from being able to move their limbs faster than their bigger peers.

To reach such speeds, performance innovation team director at Athletes’ Performance Craig Friedman told ESPN: ‘First you have to be explosive and powerful.

‘Then, you have to be stable enough through your ankles, hips and torso to be able to deliver that power efficiently into the ground.

‘And finally, you have to deliver the power into the ground in the right direction, and that’s where technique comes in.’

At his below-average height, Messi excels in all three areas.

Mr Friedman added: ‘He’s a small guy, but his rate of force development is very high and his power-to-weight ratio is just ridiculous.’

Where Messi’s incredible speed really stands out is when he has the ball at his feet.

While a player like Ronaldo – who comes in a 6’2′ and whose 20.9mph top speed is slightly faster than Messi’s – would have to shorten his strides to keep the ball at his feet, this is not quite the case for a player with already-shortened strides.

This means that Messi can control the ball while near his top running speed, and advantage taller players do not have.

Soccer players with a shorter running stride and lower center of gravity can also slow down more quickly, anticipate changes in speed and direction and accelerate more quickly – other critical tools Messi uses on the field.

The traditional Argentinian diet is meat-heavy, and the country’s national dish is a selection of barbecued steaks, ribs, chorizo and sausage.

But 35-year-old Messi has had to refrain from a high meat intake under the advice of his Italian nutritionist Giuliano Poser.

Mr Poser has been working with the Argentine since 2014 and identified five vital elements — water, olive oil, whole grains, fresh fruit and fresh vegetables — as the foundation for Messi’s eating regime. Nuts and seeds are also important.

Mr Poser told the Independent: ‘The amount of meat normally eaten by Argentinians and Uruguayans is too much, as it is difficult to digest.’

While eating lots of meat is usually associated with athletes because of the high protein content, a diet consisting of too much can lead to a person consuming too much cholesterol and fats.

They may also suffer nutrient deficiencies – which in turn lead to poor heart health and less energy on the field. 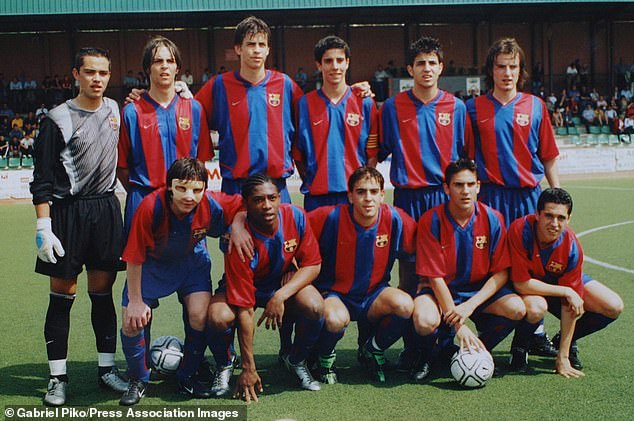 The Mediterranean diet — high in fats and proteins but low in carbohydrates — has become extremely popular in recent years with a wealth of studies touting its benefits for longevity, reducing frailty and warding off cancer.

It emphasizes olive oil, nuts and fish as well as fruits, vegetables and wholegrains, and has been linked to a host of health benefits including cardiovascular diseases, and a longer lifespan.

The diet is also great for long-term energy, maintaining muscles strength and managing weight – all critical factors for an athlete of Messi’s level.

Messi used to famously vomit on the field during games on occasion, with many fearing it was a sign he could not handle the immense pressure he was under at times.

In an interview with La Cornisa in 2018, the Argentine revealed his vomiting was a result of his poor diet.

During his younger years at FC Barcelona, Messi reportedly suffered an addiction to soft drinks.

‘I ate badly for many years: chocolates, fizzy drinks, and everything,’ he said, saying the ill feeling he would get on the field was a result of his poor eating habits.

It got to a point where then-Barcelona Manager Pep Guardiola removed vending machines with soda in them from training areas to keep them away from the youngster.

Mr Poser instructed Messi to cut the fizzy drinks out of his diet, along with other goods such as: alcohol, fizzy drinks, flour, red meat and refined wheats from his meals.

The dietician put a special emphasis on sugar, saying: ‘It is the worst thing for the muscles. The farther he stays away from sugars, the better.’

He added: ‘Refined flours are also a big problem as these days, it’s difficult to find uncontaminated wheat.’

The traditional South American caffeinated beverage is commonly served hot but can also make an iced tea. As a stimulant, it enhances focus, boosts mood and can improve sleep.

It also contains polyphenol antioxidants which — similarly to green tea — make it easier to lose weight and keep Messi’s 159lb physique in shape.

Vitamins B and C in the drink are also play an important role in metabolism and keeping the immune system healthy.

As well as the tea, Mr Poser encouraged Messi to take Bach flower remedies to combat stress and anxiety and put him in the best match mindset.

The Bach flower is thought to restore the balance between the mind and body by targeting the limbic system — an area of the brain dealing with emotions, memories and arousal. 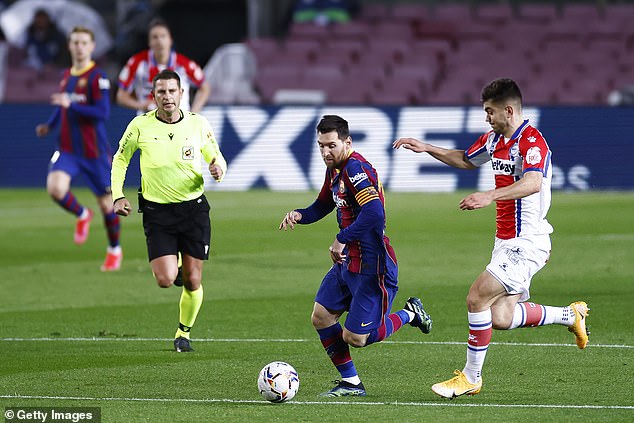 His 5’6′ height had to be prompted with growth hormones, but later Messi could reach speeds of over 20mph, making him one of the 15 fastest soccer players in history