When Irrfan Khan left Naseeruddin Shah shocked during Maqbool: ‘I reached out to support him and he said…’

For the generation that grew up watching Irrfan Khan, it still feels strange to mention him in the past tense. The actor, who was our window to a world where films were beyond the song-and-dance routine and relied more on storytelling than scale, was a revelation to those growing up in the early 2000s. Irrfan, on paper, had a long-ish career, which feels quite short in hindsight. While he did a lot of smaller parts in films and television shows in the 90s, it was films like Haasil and Maqbool, that marked the beginning of his career in movies. Vishal Bhardwaj’s Maqbool, an Indian adaptation of Macbeth,  was the film that had everyone sit up and notice Irrfan. Playing Miyan Maqbool, Irrfan was the one who stole the show in a film that had him starring alongside Pankaj Kapur, Tabu, Om Puri and Naseeruddin Shah. But did you know Irrfan was not the first choice for the role?

Aseem Chhabra’s biography on the late actor titled Irrfan Khan: The Man, The Dreamer, The Star says that before Irrfan, the role was offered to Kay Kay Menon and at one point, even Kamal Haasan was in the mix. Naseeruddin Shah, who was already on board by then, vetoed this. “I said, ‘Look, if you are talking to him, then I am out’,” shared Shah with Aseem. Irrfan, who had been around for a while but was still looking for his big break got a chance in this Shakespearean adaptation, thanks to his work in Haasil. Irrfan narrated the story of his casting on Anupam Kher’s show on Colors. “Vishal cast me after watching Haasil,” he said. 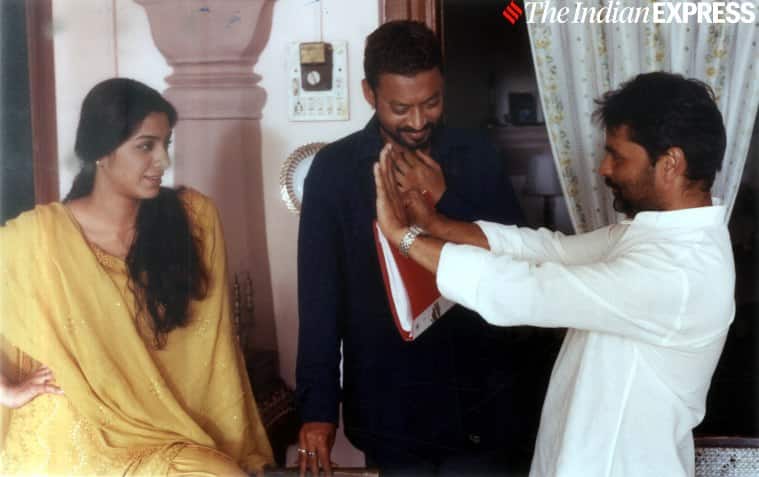 Irrfan recalled that their kids went to the same school at the time and upon a chance meeting, Irrfan asked Vishal to watch Haasil. He said, “I waited for him to call me after watching the film. The next day, I called him so he said I was just about to call you. Then he said, ‘Main Macbeth bana raha hun‘ (I am making Macbeth).” Later, Naseeruddin Shah called Irrfan’s casting a “masterstroke.”

When Naseeruddin Shah wrote an obituary in Irrfan’s memory for The Indian Express, the actor recounted the scene where Irrfan’s acting left him hanging between real-life and fiction. “There is this scene in the film between Maqbool and Kaka, played by Piyush Mishra. It’s the famous Shakespearean scene where Macbeth is confronted by Banquo’s ghost at the banquet. In Maqbool, when Kaka’s body is brought to the pyre, Irrfan kneels down in a show of grief and the dead body opens its eyes. When we were rehearsing the scene, Piyush was lying on the pyre. Irrfan sat down near him and I was standing behind him. I didn’t realise that the rehearsal had begun. After a while, Irrfan toppled over backwards. I reached out to support him. I assumed he’d lost his balance. And those morpankhi aankhen (peacock-feather-shaped eyes), as Ismat Chughtai describes Saadat Hasan Manto’s eyes, turned towards me and said: “Naseer bhai, I am trying to act. Why are you helping me?” I don’t think this has ever happened to me that I watched an actor perform and took it to be real,” he wrote.

For Irrfan, Maqbool was the opportunity he had been longing for. “I just felt that I was getting a chance to do the kind of love story I was longing for. For me the story of his ambition was secondary. I never emphasised on it. For me it was the story of Nimmi and Maqbool; it happened to be Shakespeare,” he said in an interview with Rediff. Maqbool was the first of Bhardwaj’s Shakespearean films, and for Irrfan, it was his first big success and a milestone in his career. “The thing with Maqbool was that I didn’t have to change myself. And the chemistry between Maqbool and Nimmi was something. I don’t think I have seen or done that kind of a thing and so I didn’t have to change myself,” shared Irrfan in a chat with Shekhar Gupta on Walk the Talk.

Maqbool started a new chapter for Irrfan Khan in his career. It was after this film, and Haasil (both released in 2003) that Irrfan became known as the actor who was going to challenge the star system of Bollywood, and so he did!