From tomorrow, millions of 12-to-15-year-olds will be offered a second Covid jab as the Government ramps up efforts to combat the spread of the highly infectious Omicron variant.

But in England alone, an estimated 50 per cent of that age group have yet to take up the opportunity of a first dose since vaccine rollout was extended to them in late September.

And uptake among 16-to-17-year-olds is only marginally better – roughly two-thirds had the first jab by the end of 2021, and just under half had the second.

So what is putting off youngsters – or, more likely, their anxious parents? 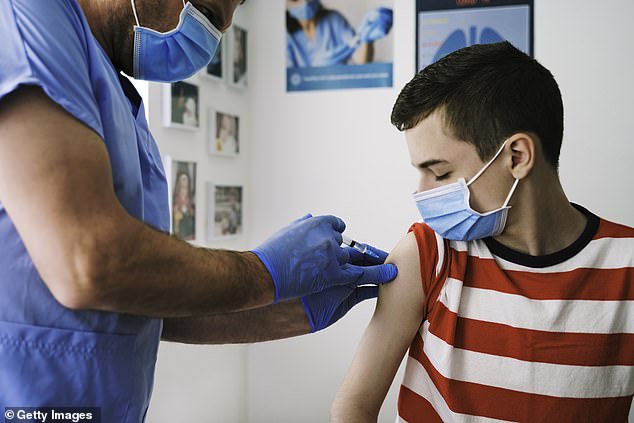 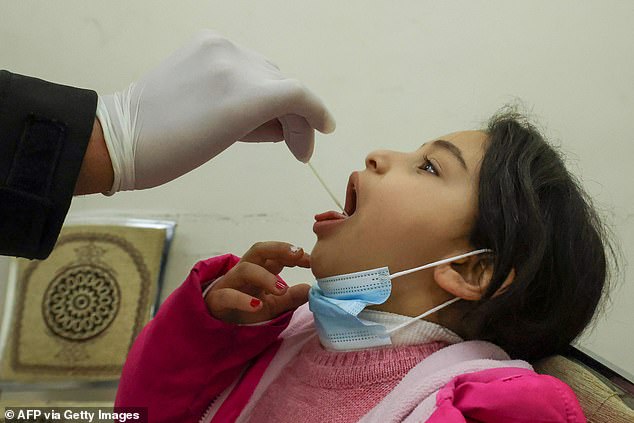 One of the main concerns is that the vaccines have been linked to cases of myocarditis, a rare condition where muscles in the heart become temporarily inflamed which can cause chest pain, breathlessness, a pounding pulse and nausea. Myocarditis usually develops after a viral infection such as flu. It’s thought the heart is either injured by the virus or by the immune system’s reaction to its presence, attacking not just infected heart cells but perhaps even healthy ones.

In 2017, there were about 2,000 hospital admissions with the condition. Men are about 50 per cent more likely to suffer from myocarditis than women, probably because the male hormone testosterone hampers cells in the body that can reduce inflammation.

‘There’s a striking predisposition to myocarditis in younger men, which may be to do with their higher levels of hormones,’ says Dr Sam Mohiddin, consultant cardiologist at Barts Heart Centre in London.

‘They usually develop heart problems about ten days or so after viral infection, but in 90 per cent of cases it’s mild and they make a complete recovery.’

Cases of myocarditis in young men have been linked to two of the Covid vaccines used in the UK: the Pfizer jab, being given to teens, as well as the Moderna jab used as a booster in over-18s.

There’s no good evidence that the Oxford- AstraZeneca vaccine triggers it.

When Sir Chris Whitty and his fellow chief medical officers for the rest of the UK announced plans in the autumn to vaccinate millions of teens, they made it clear there was only a marginal benefit in health terms – Covid is rarely a serious infection in healthy youngsters.

Instead, one of the prime reasons to offer them a jab was to keep schools open as much as possible, to avoid further disruption to pupils’ education or their mental health after months of lockdown.

Worries over heart risks surfaced when data from Israel and the US suggested vaccinated young men were twice as likely to suffer myocarditis as those who hadn’t been jabbed. Importantly, the risk was only really seen after a second dose, which is why, in the UK, teens were initially offered just one.

Those early findings have now been contradicted by the biggest study to investigate the problem.

In a report published last month, scientists from Edinburgh and Oxford universities found that for every million second doses of the Pfizer jab given to those aged 16 to 40 in the UK, there were just three cases of myocarditis. That is broadly similar to the normal rate in the general population.

Meanwhile, the Covid virus itself was responsible for about ten cases of myocarditis per million infections. For the Moderna jab, the rate was slightly higher – about 15 cases per million second doses. Although the study did not focus specifically on adolescents, researchers said the findings were ‘reassuring’ for any waiting to be immunised.

The risks of developing myocarditis from a Covid vaccine are so small that you may be just as likely to develop it from a bee sting or from taking penicillin – seen as one of the safest medicines in the world. Dr Mohiddin says: ‘My message to worried parents would be that the risks from teenagers not being vaccinated are greater than being vaccinated – even with milder Omicron in circulation.’

According to the Medicines and Healthcare products Regulatory Agency, which monitors drug safety in the UK, there were 566 reports of myocarditis in all age groups following the Pfizer jab up to December 21. Most recovered within a few weeks, often simply from plenty of rest and without medical treatment, but there were four deaths. It adds: ‘The majority of fatal reports describe underlying illnesses in these patients that could provide an alternative explanation.’

One reason why UK jab-related myocarditis rates appear much lower than those in other countries is that doses are spaced eight to 12 weeks apart, compared with three weeks in Israel and the US. This, experts believe, might reduce the risk of injury to heart cells.

‘Giving vaccines close together seems to be a much higher risk for myocarditis than giving them further apart,’ says Professor Adam Finn, head of the Bristol Children’s Vaccine Centre. ‘The risk of myocarditis after a vaccine is vanishingly rare, and even among those who get it the majority appear to make a full recovery. The risks from Covid for a child are also very small.’

Professor Guido Pieles, a specialist in congenital heart problems based at Bristol Heart Institute, says two US studies, involving about 100 children, found up to 90 per cent of those who were admitted to hospital due to vaccine-induced myocarditis had scarring of the heart muscle. He says it’s not clear yet whether this heals itself, or causes problems later on in life.

But he adds: ‘Despite this, there’s really no need for children and teenagers to be scared. Myocarditis, both from the vaccine and Covid itself, is extremely rare.’

Current Government advice is that under-18s should wait at least 12 weeks after having Covid infection to have either the first or second vaccine. So if they catch the virus between jabs, they should wait 12 weeks from the date of a positive test for dose number two.

But is the risk of heart problems higher if a teenage boy unknowingly catches the virus, showing no symptoms, and then has the second jab as planned?

‘It’s impossible to say, as we don’t have the data,’ says Dr Mohiddin. ‘Hypothetically, it could be the case but any increase in risk will be tiny and the myocarditis itself almost certainly very mild.’

Why footballers’ cardiac arrests are not down to the jab

Concern over vaccine safety in young men has been exacerbated by speculation that the jab may be to blame for life-threatening cardiac problems in high-profile footballers.

Danish international Christian Eriksen ‘died’ for five minutes after collapsing on the pitch with a cardiac arrest at last summer’s European Championships.

And former Manchester City star Sergio Aguero has had to quit the game at 33 after being diagnosed with an abnormal heartbeat. But there’s no evidence either were made ill by Covid jabs – in fact, Eriksen’s club Inter Milan has confirmed he had not even had the vaccine when he collapsed. 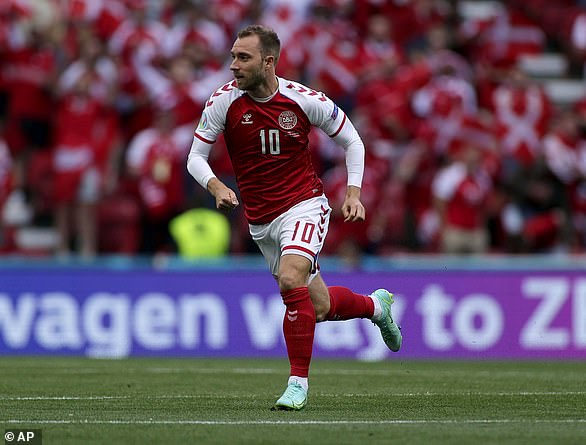 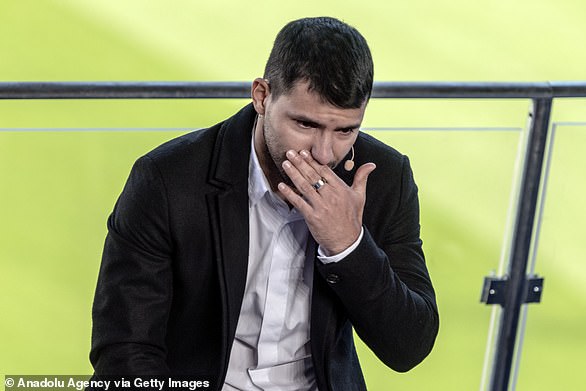 Despite this, these and other similar cases prompted former England international Matt Le Tissier to call for an investigation, while former West Ham star Trevor Sinclair tweeted: ‘Are these heart problems linked to Covid vaccines or not?’

Professor Guido Pieles, who is an adviser to the Football Association and works with top teams like Manchester United, says: ‘There is no data anywhere that links cardiac problems in footballers with the vaccines. It is just a coincidence.’

He says they are almost always due to an underlying and often undiagnosed heart complaint, such as an abnormal heartbeat.

While these conditions are not more common in athletes than in the general population, vigorous exercise is known to trigger symptoms which is why this group might appear to suffer these problems frequently.