Wyoming trooper dives out of the way of SUV careening toward him in icy conditions, video shows 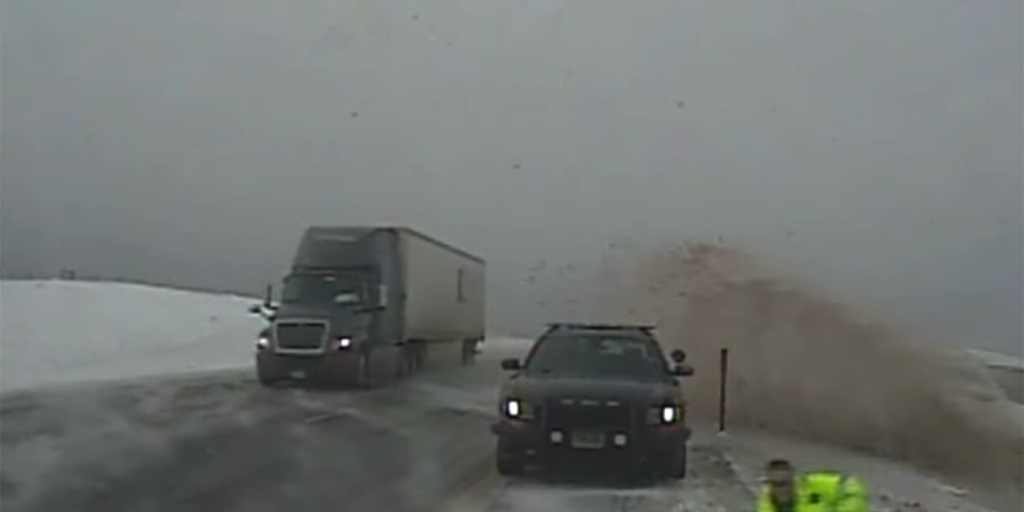 A Wyoming trooper narrowly avoided a white SUV that skidded off an icy road while he was working a different car crash, video released this week by the Wyoming Highway Patrol shows.

The officer can be seen walking back to his patrol car as 18-wheelers zoom by in frigid conditions.

Seconds later, the officer spots an SUV careening toward him and dives out of the way before the vehicle slides off the side of the road.

The trooper popped back up within a second and appeared fine.

The incident happened in Albany County, which is about 25 miles away from Laramie in the southeastern part of the state, FOX 13 Salt Lake City reports. No one was injured during the close call.

Several parts of Interstate 80, which runs east to west, and Interstate 25, which runs north to south, have been closed this week due to icy conditions.

“Conditions continue to deteriorate quickly across Wyoming,” the Wyoming Highway Patrol warned. “Please slow down, use caution, and plan ahead.”

Read More »
PrevPreviousNight Curfew, Other Restrictions Imposed in Chandigarh from Friday Amid Covid Surge
NextTo Hong Kong hotel quarantine testers – would saying ‘Good morning’ once in a while kill you?Next