Xiaomi has kicked off 2022 with the launch two new mid-range smartphones: The Xiaomi 11i and Xiaomi 11i Hypercharge. The key point is the 120 fast charging being offered on the Hypercharge, which the company claims can give a 100 per cent charge in just 15 minutes. Let’s take a look at the latest Xiaomi phones.

Xiaomi 11i, 11i Hypercharge: Price in India, sale date

Both phones also come with the option for 3GB extra virtual RAM as well.  A number of New Year offers for a limited time, including bank cashback, etc, however, bring the price down further. There is a Rs 2000 cashback for SBI card users on the Xiaomi 11i, and a Rs 2500 cashback for the Hypercharge variant. Xiaomi is also partnering with Flipkart for the Smart Upgrade program. Users will be able to buy the Xiaomi 11i and Hypercharge at only 70 per cent of the original price, under this program. This is a buyback program from Flipkart, which the e-commerce brand also offers for other smartphones.

Xiaomi is also offering an extra Rs 4000 off on exchange for Redmi Note users who upgrade to the Xiaomi 11i and 11i Hypercharge series. The phones will go on sale from January 12 at Flipkart and Xiaomi stores as well as Mi.com and other retail stores.

Xiaomi 11i, 11i Hypercharge: Specifications

Both the Xiaomi 11i and 11i Hypercharge come with a similar set of specifications and the only difference is around the charging speeds and the battery. The Hypercharge variant gets a 120W charge adapter and smaller 4500 mAh dual-battery while the 11i has a 67W charger and a slightly bigger 5160 mAh battery.

Xiaomi also claims that despite the high charging speeds on the Hypercharge variant, the battery lifespan will not be impacted. The company claims the battery will continue to hold around 80 per cent of the battery life span even after 800 charging cycles. This is crucial because higher fasting rates tend to typically negatively impact battery life span or how long the battery can hold its peak capacity, which in the end does impact overall performance. 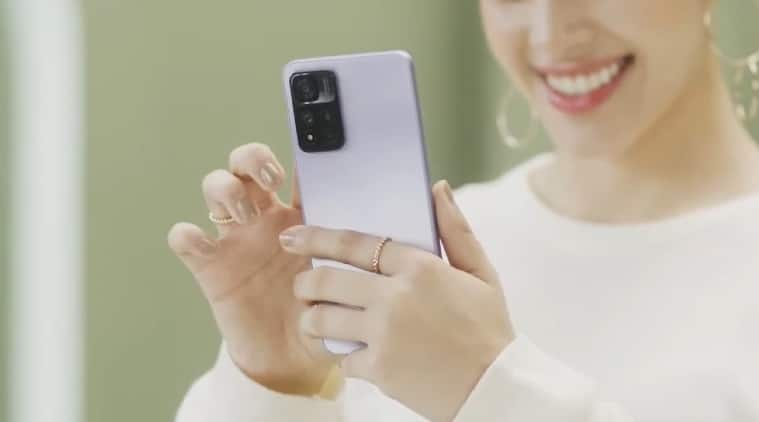 The Xiaomi 11i HyperCharge comes with a 120W charging adapter in the box. (Image Source: Xiaomi India)

It should also be noted that in the Hypercharge variant customers will have the option of turning off this high-speed charging from the phone’s settings. Xiaomi says the 120W charging is turned off by default when a customer buys a new phone. To know if the fast charging is taking place, the words 120W will show in yellow when a user plugs it in with the fast charger.

The phones are powered by the Mediatek 920 Dimensity chipset and this is a dual-SIM device with support for a microSD slot in one of the nano-slots. Expandable storage support is 1TB. The phones have Wifi 6, Bluetooth 5.2, IR Blaster, and X-Axis Liner vibration as well.

The camera at the back is 108MP (Samsung HM2 sensor) with 8MP ultra-wide sensor and 2MP Macro camera. The phones have dual Native ISO as well, which Xiaomi claims will reduce noise and ensure better dynamic range in photos. The front camera is 16MP. The phones run MIUI 12.5 based on Android 11, and will be one of the first to get MIUI 13.

Both phones have dual speakers and come with Dolby Atmos, Hi-res audio certification, and Hi-res wireless certification. The devices sport a side-mounted fingerprint scanner as well.