ONE newcomer Roberto Soldic knows Murad Ramazanov and his team will underestimate how good his takedown defense is.

On Saturday, December 2, Roberto Soldic will make his highly anticipated debut against Murad Ramazanov on a stacked card at ONE on Prime Video 5.In what could be a world title eliminator bout for both fighters, Soldic is doing his due diligence to make sure his opponent doesn’t punch his ticket to a world title that easily.

Having studied Ramazanov’s way of operating inside the Circle, Soldic seems to have the Dagestani wrestler all figured out.

Speaking exclusively to The MMA Superfan, ‘Robocop’ illustrated exactly what he expects Ramazanov will do to get the fight to the ground:

“He’s good in the cage. He uses this [takedown] from single leg to body lock, like what Khabib [Nurmagomedov] does. So everyone, with this game, lowers the single leg and transitions to body lock.”

Dagestani warrior Murad Ramazanov will indeed have a similar fighting style to Khabib Nurmagomedov, with a priority to set the takedown, get control from top position, and then go for the ground and pound.

However predictable and simple it may be, it’s still one of the most effective ways to finish opponents. Roberto Soldic, however, accepts the challenge and warns Ramazanov not to underestimate how dangerous he is. He added:

“I have a good defense. They don’t see this and you cannot feel it on YouTube.”

Watch the interview below:

In a few sentences, Roberto Soldic summed up why he chose to sign under ONE Championship instead of other major MMA organizations in the world.

After signing off with KSW, Soldic became one of the hottest free agents in the MMA circuit. The Croatian superstar made a big name for himself under the European promotion, claiming world titles in two different weight classes and going on an undefeated nine-fight run.

Speaking to Ariel Helwani from The MMA Hour, the 27-year-old sensation explained why he chose to sign with one of the leading martial arts organizations in the world:

“I want to make something different. I’ll [try to] give my best to take all belts from combat sports and this opportunity, how [can] I say no? This is impossible. Maybe if I go to other organizations, I [have to] wait one year to fight. This is a problem for me. I wanna stay active.” 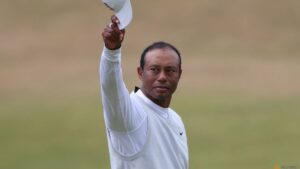 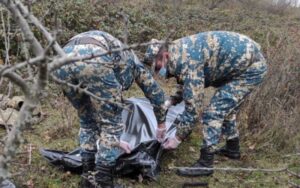